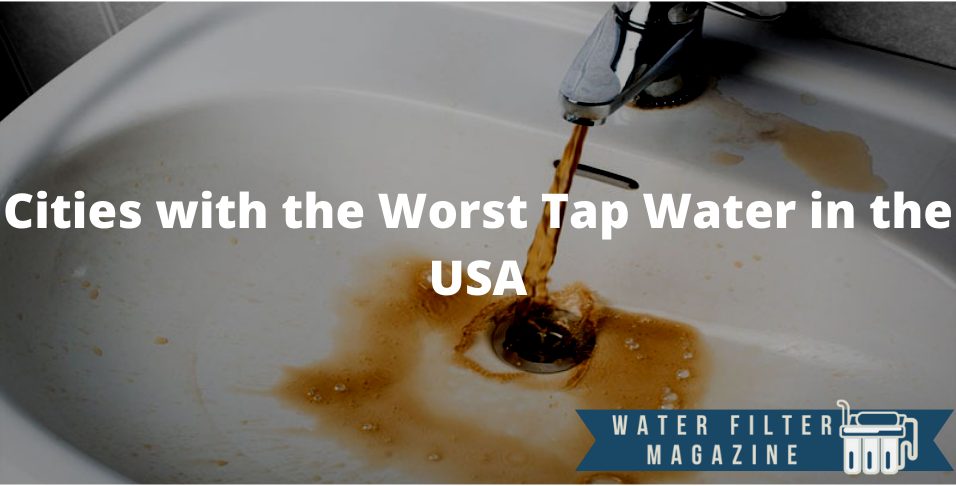 Probably one of the worst nightmares of some citizens of the USA is turning on the tap and seeing orange water running down it. What is even worse is that this is not a bad dream but reality itself! There is no need to add that the taste of this water is unacceptable – some people compare it to the taste of metal.

You will be right to ask yourself if this water is safe to drink. Interestingly enough, the state authorities say that it is. However, throughout the years, there have been several scandals revolving around problems with water systems in the USA. Millions of Americans drink potentially unsafe tap water.

From 1982 to 2015, a vast number of American citizens, varying from 9 to 45 million, received their drinking water from a source that didn’t meet the standards of EPA (the Environment Protection Agency).  It is true that most of the contaminated water was found in the rural areas, but there were also a lot of cities whose residents faced the same problem. Nowadays, there are also some American cities that find it difficult to renovate their water pipes. Here are some of them:

It was in 2017 when the citizens of Pittsburg were warned that they should boil the tap water that they use. It became clear that it was not safe not only for drinking but also for washing dishes or brushing teeth.

The cause for this warning was the fact that low levels of chlorine were discovered in the water system. According to experts, this chemical element could be the factor for giardia (a type of parasite) to appear in the water and cause nausea, cramps, and diarrhea.

In addition to this, tap water in Pittsburg contained high levels of lead. Later on, the secret behind all these problems was revealed – there were not enough authorized people to conduct the necessary inspections.

Milwaukee also suffered because of problems with safe drinking water. In 2018 the health commissioner of the city had to resign because the health officials made a huge mistake by not warning some families that their children had high lead levels because of drinking tap water.

So the residents of Milwaukee had to use water filters, especially if their homes were built before 1951. Due to all these water system scandals, in 2018, activists made the mayor, Tom Barrett, resign.

Flint – One of the Cities with Water Crisis from the Past 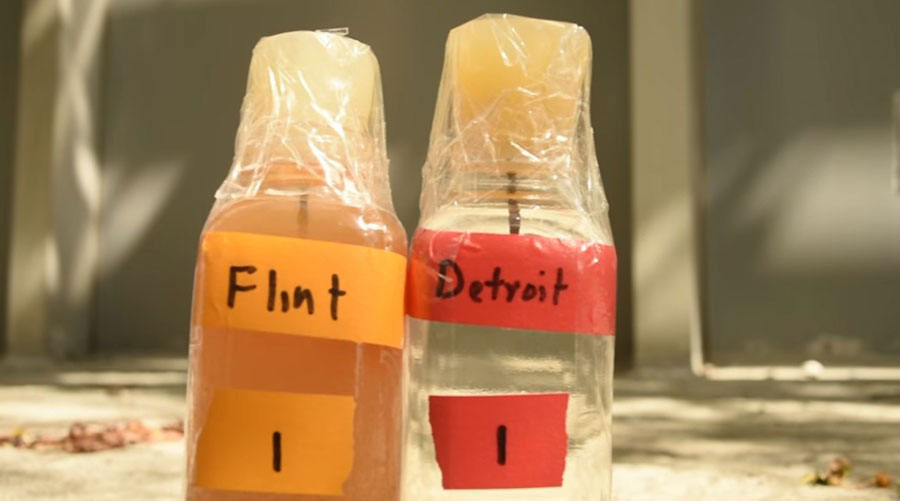 In 2014 the aging pipes of the water system in Flint caused lead to seep into it. This resulted in the Flint water crisis, poisoning a whole community. Today, the local authorities are still uncertain whether tap water is safe to drink. To be on the safe side and avoid repeating mistakes from the near past, they ordered bottles of safe-to-drink water to be delivered to the local citizens.

In 2017, they declared tap water to be safe to drink. However, the congressman from Michigan, Dan Kildee, announced that the residents of Flint shouldn’t trust their water system until they replace all its pipes. Hopefully, the process of changing the pipes will finish this year, and Flint will enjoy safe drinking water.

Read our best laundry detergents for hard water reviews to learn about what tap water does to your clothes, too.

Detroit – Another City Which Suffered from Michigan’s Infrastructure

Worried by the crisis in Flint, the local authorities in Detroit started checking the water system of their schools.  The result is that 57 of 68 schools in Detroit happened to have high levels of lead and copper in their water systems. These two elements especially lead can be very harmful to the health of people. According to detailed research analysis, lead can cause brain damage and learning disabilities.

To avoid further issues, all schools in Detroit decided to turn off the fountains situated in them and replace them with water coolers. Since 2018 the city has equipped all public schools with special filtration systems.

Newark – Yet another City Contaminated with Lead

Undoubtedly, Newark is the city with the highest amount of lead in its water system. Recent tests show that the level of lead is around three times more than what is acceptable from EPA (the US Environmental Protection Agency).

Other contaminants that have been found in the water of Newark are halo acetic acids (HAAs). These elements commonly form during the process of disinfection of water. They are unpleasant because they can lead to irritation of the skin. Moreover, it is believed that they can increase the risk of cancer. To protect the residents of Newark, the local officials have granted free water filters. In addition to this, the city is trying to change its service lines. However, this is a complicated process and will undoubtedly take a long time to happen.

If you are having water pressure problems at home, check out our article on how to remove the water flow restrictor from a showerhead, too.