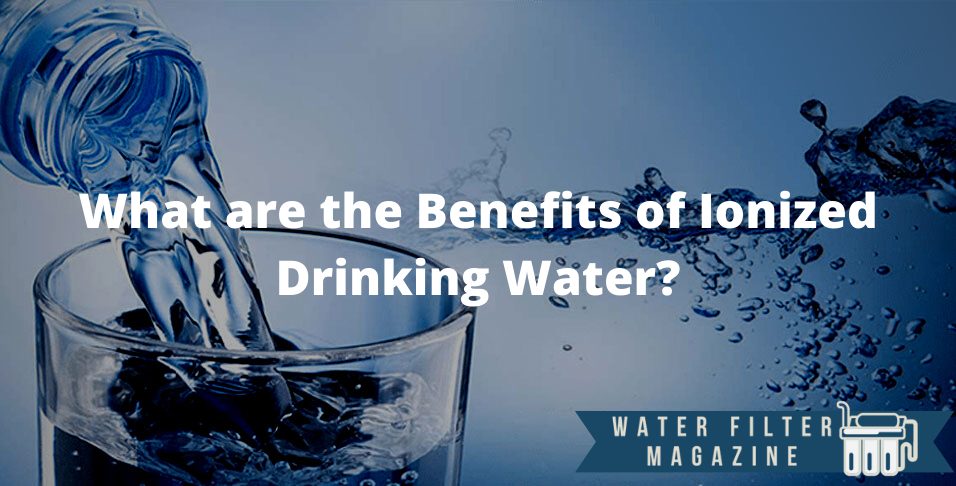 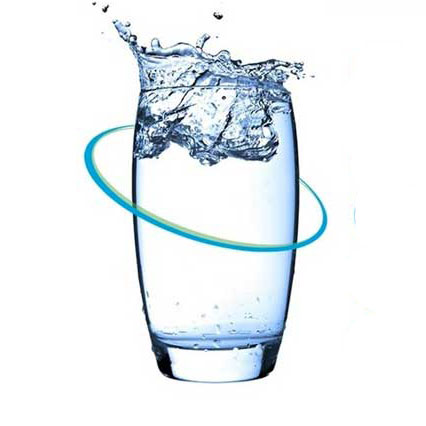 An ion is a particle or atom or molecule that has lost or gained one or more of its valence electrons such that it has a net positive or negative charge for example some positively charged ions that are in ionized drinking water include calcium and magnesium and some negatively charged ions include hydroxide and oxide.

Ionization is a physics and chemistry process that involves neutral atoms or molecules being converted through gaining or losing electrons thereby acquiring a positive or negative charge. Ionization can take place in water and gases.

Water ionization is water enhancing electrochemical process that utilizes the concept of electrolysis to produce mainly alkaline water that has a high pH, and also oxidized or acidic water with a lower pH. The alkaline water is generally called ionized drinking water and ionized water can be used for drinking or cooking purposes whilst oxidized water can be used for household sterilization or disinfection purposes like washing of hands or dishes.

What are the myths about ionized water?

The myths about drinking ionized  water are listed below:

What is the self-ionization of water?

Self-ionization is a chemical reaction in which one molecule reacts with another molecule of the same substance. In water, self-ionization occurs when water deprotonates, i.e. loses the nucleus of one of its hydrogen atoms to become a hydroxide. This occurs when the proton-donating molecule becomes a hydroxide ion, OH-, while the proton-accepting molecule becomes a hydronium ion, H3O+. Under standard conditions, water will self-ionize to a very small extent.

How to use ionized water for cleaning?

Ionized acidic water can be used in several ways in cleaning as listed below:

How does salt in water affect ionization? 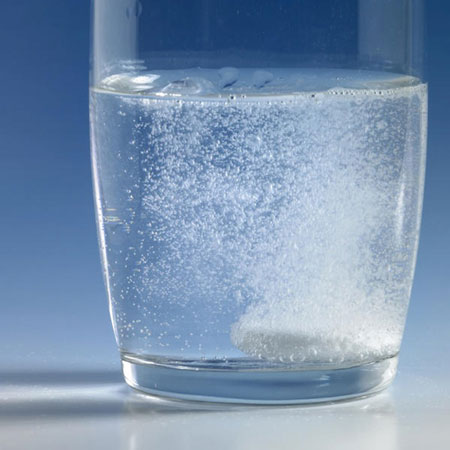 Salt can be added to water before it undergoes ionization. Salt acts as a catalyst and makes the ionization process faster. Additionally, this process also creates acidic or very alkaline water depending on whether it contains the cations (catholyte) or anions (anolyte).

Catholyte is a cation containing an electronic solution. A catholyte forms when a mixture of saline solution and water passes through a cathode part of an electrolyte cell and collects in a catholyte tank. Conversely, an anolyte forms when the saline solution passes by the anode component of the electrolyte cell resulting in a solution that contains anions and collects in a separate anolyte tank.

The common anolyte is sodium chloride that has a pH of between 2 and 9 and is acidic. However, for most applications, it is produced within a neutral range of 6.5 to 7 with the common product being hypochlorous acid, one of the most effective disinfectants. Anolyte is mainly a colorless transparent liquid with a mild chlorine smell and is mainly used as a powerful, non-toxic, and non-hazardous water disinfectant. An anolyte has a very low level of active chlorine which makes it non-toxic and hence does not form any toxic by-products. Anolytes can penetrate minute pores of water pipes making them very effective in water disinfection. An anolyte is effective in removing biofilms and algae.  Just like the acidic water from ionization, anolyte is rich in oxidants.

A catholyte mainly comprises sodium hydroxide and has a high pH of between 12 and 13, therefore, making it very alkaline. Catholics are mainly used as detergents especially in the food and beverage sector, as degreasers and can work like other alkaline agents like caustic soda.

Due to the fact that an anolyte is one of the most effective disinfectants, penetrates even the smallest pores in water pipes, and does not result in toxic chlorine-based byproducts, it is very effective in the treatment of drinking water. Therefore, the use of strong ionized water or anolyte in water treatment results in high-quality drinking water that complies with the Guidelines on Drinking Water Quality (GDWQ).

What are the stages of water ionization?

The stages of water ionization are as follows:

Which water filters can ionize water? 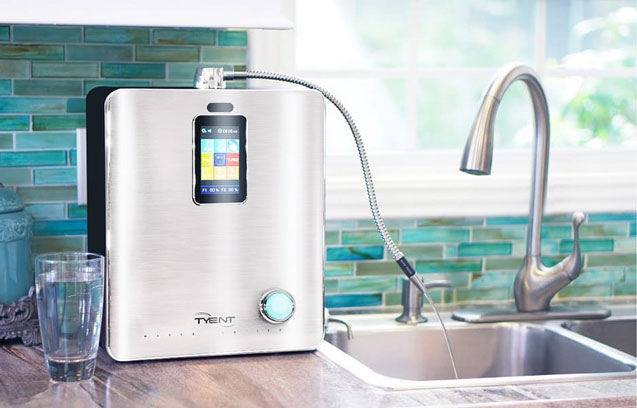 Should one be interested in buying one of the best water ionizers currently, the person can evaluate the specifications of the Best Water Ionizers discussed above.

Yes, ionizing water with water filters is healthy. This is because they offer a number of health benefits as stated below. Ionized water contains more essential minerals like calcium and magnesium that are essential for human health and is essential for human bones health, triggers increased hydration in human bodies, has a sweet and better taste than normal tap water. Ionized drinking water can neutralize stomach acid the same way as antacids do. Ionized drinking water has a suite of health advantages like cancer resistance properties and supporting the immune system.

Which water filter is best for ionizing the water?

The Tyent UCE-13 Plus Water Ionizer has 8 settings that produce water of different pH characteristics ranging between 1.7 and 12.5 depending on the intended use. The different options include 3 for alkaline water products, 1 for purified (neutral) water, and 3 for acidic water and a turbo function that produces strong alkaline or strongly acidic water that is only meant for cleaning (disinfection for acidic and stain for alkaline) and not for consumption. Each of the different settings can be customized and produces water with different pH value ranges.

The Tyent UCE-13 Water Ionizer comes at a cost of $4,500. The chamber is made of metal whereas the plates are made of titanium and coated with platinum, faucets are made of metal and the hoses are made of rubber. The ionizer uses dual filters, namely the Dual 0.01 Micron Dialapure Filters that offer excellent filtration as the one used in kidney dialysis.

The main maintenance requirements of Tyent UCE-13 are the replacement of the 2 filters either through the filter usage and replacement recommendation on the LCD of the ionizer or every 6 months. The Tyent UCE-13 Water Ionizer is capable of ionizing water at a rate of 2.5 liters per minute.

The main advantages of the Tyent UCE-13 Water Ionizer include the following:

Some of the disadvantages of the Tyent UCE-13 Water Ionizer include:

Based on the review of the Tyent UCE-13, it is the best water ionizer on the market at the moment.

What is the difference between ionized and alkaline water?