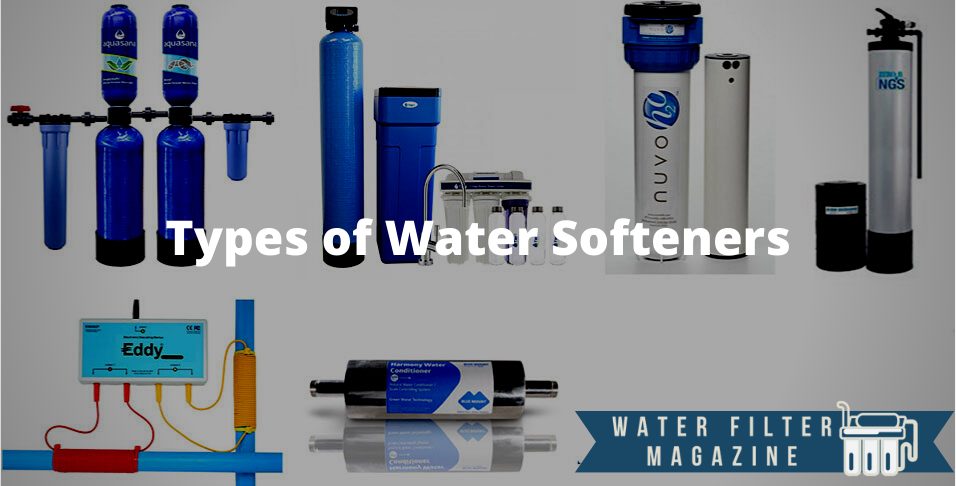 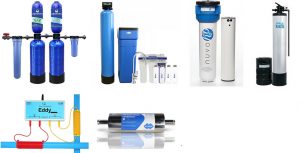 The types of water softeners are listed below:

The ion-exchange water softener is a softener that uses a resin bed that was negatively charged. This negative charge will attract and then remove the calcium and magnesium from the water. Unlike salt-free water softeners that transform rather than remove, ion-exchange water softeners will use salt in order to clean the softener and regenerate the bed of resin. Once regenerated, the sodium ions that were positively charged will go into the water, replacing the calcium and magnesium. Then, the hard wastewater will be flushed down the drain.

The advantage of ion-exchange water softeners is that, rather than “conditioning,” they will completely remove the minerals from the water. The removed minerals will be pulled into the resin bed, where they will be swapped into sodium through the process of ionization. The main disadvantage of salt-based water softeners is that they are banned through a majority of cities and states because of the negative effects they have on the soil and agriculture. Salt-based water softeners also require frequent maintenance in order to clean the resin bed.

The average price range for a salt-based water softener is between $300 and $3000, based on the brand of the water softener and the installation costs. A lower-priced ion-exchange water softening system may cost $1000 to have installed, but the costs may go higher depending on the complexity.

Magnetic filters are among the longest-lasting filters. With proper maintenance, they can last for as long as 50 years. The main material is of magnetic nature, which is why users have to consider their home plumbing when making a choice. Copper is the most appropriate choice for magnetic water softeners. 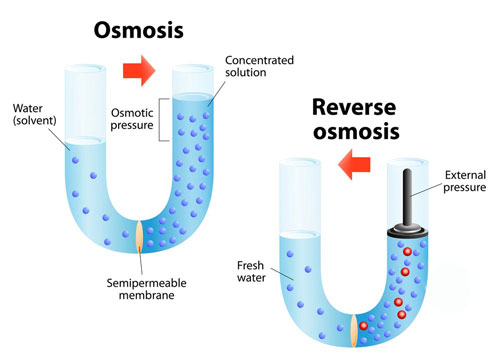 The main advantage of reverse osmosis softener systems is that they remove pathogens from the water that may otherwise prove unhealthy. The remaining water is clear of almost every potential contaminant that may be traveling through the water. The same advantage may also prove a disadvantage. While reverse osmosis softeners remove harmful impurities, they also eliminate good minerals from the water. RO water softener installation may also be very expensive, making it unsuitable for those on a budget.

The lifespan of a reverse osmosis water softener depends on maintenance. The main RO filter should be replaced every 6 months on average. The system in itself may last for 5 years and even more, as long as the filter cartridges are replaced regularly.

A top-tier product for an RO water softener is the APEC Water Systems ROES-50 Essence Series, but other companies also manufacture reverse osmosis softeners like iSpring and Express Water.

A showerhead water softener is a softener that removes contaminants from the water and remineralizes it. The water will enter through the showerhead, pass through a bed of softening mineral beads, get filtered, and come out the other way. This way, it will soften the water while neutralizing odors. Showerhead softeners remove harmful chemicals from the water so that the falling water can nourish your skin. Hard water coming from a regular showerhead can cause the hair to appear brittle and dry. Showerhead water softeners remove most of those contaminants, making the water less harsh on your hair.

The lifespan of showerhead water softeners is between 3 and 6 months. The body of the showerhead may last for longer, but the softening and re-mineralizing beads within may lose their ability to soften water sooner.

What Should You Know About Water Softener Types? 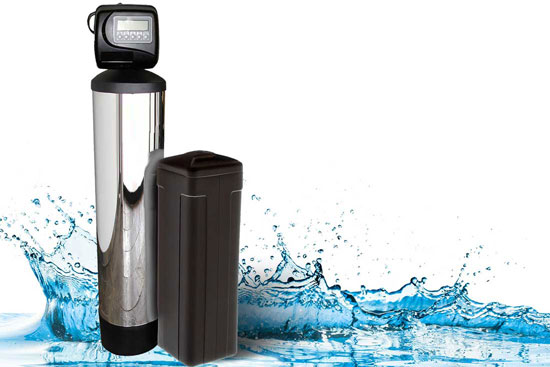 Before purchasing any of the water softening types, users should consider the following things:

How Well Does a Water Softener Affect Water Hardness?

Water hardness is the number of minerals (i.e., magnesium and calcium) that were dissolved in the water. The higher the concentration of minerals, the higher the hardness of the water will be. Water softeners were made to reduce that hardness level. They remove the minerals, pass them through a mineral resin bed that encourages water ionization, and exchange the mineral ions with sodium ions.

Does a Water Softener Affect the Quality of Water?

What Is the Connection Between Water Softening and Water Ionization?

Is Installation of a Water Softener Hard?

During this process, several pipes may need to be cut so that the water softener may be aligned. Those with basic plumbing knowledge or who know how to install a water softener should be able to finish the installation within 2-3 hours.

Do Water Filters Soften the Water?

Water filters that remove hardening contaminants from the water may pass the filtered water through a mineral bed. This will add back some minerals to the water, without increasing the hardness of the water. The demand for these filters is high, as they may also remove bacteria and viruses from the water. This is something that a water softener is not capable of doing. Knowledge of how does a water filter works will make their differences more obvious.

A water softener simply changes the condition of some contaminants, whereas water filters remove them altogether. The resulting clear water adds more to why these filters are so in demand.