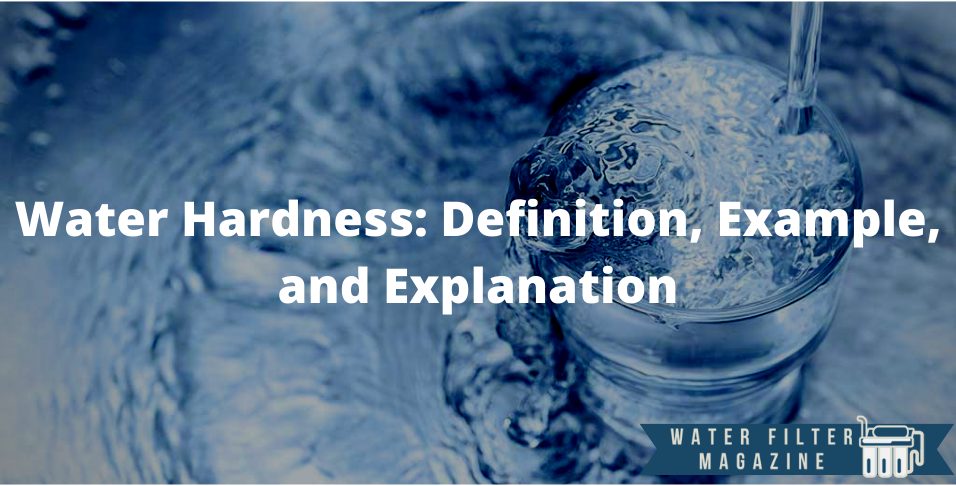 Hard water is water with a high concentration of minerals. This high concentration of minerals is due to the amount of magnesium and calcium that gets dissolved in the water. In small amounts, hard water can be beneficial, as it provides minerals.
However, it can pose a great problem when the hardness of water is too high. This is why it’s important to regularly test the water for hardness. If the water hardness is too high, the installation of a filter is required.

What Is Water Hardness? 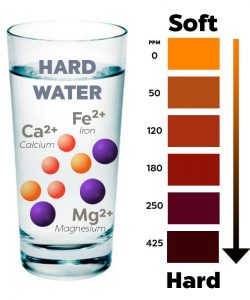 Water hardness is the amount of calcium and magnesium that are dissolved in the water. Other substances may also appear, which will affect the hardness of the water. Water hardness can go from soft water to hard water, by the following World Health Organisation (WHO) parameters:

Industrial hard water differs significantly from domestic hard water, as industrial water uses multiple softeners and water filters. This is to prevent scale accumulation on the machines.
As water moves beneath the earth, it dissolves the minerals from the aquifers. The longer the water flows in the said aquifer, the harder it will be.

Hard water is a result of the following minerals present in the water:

Dissolved minerals affect water taste negatively according to the research of WHO. The taste appeal might depend on the consumer. Soft water that is mostly demineralized might taste flat, which is why most bottled water producers add minerals as well. The number of minerals will significantly affect the taste of water.

How to Measure Hardness of Water?

To measure water hardness, a specialized kit or a test strip is required. Here are the steps:

What Is the Water Hardness in United States Regions?

Water hardness levels vary depending on each region in the United States. Some examples include:

What Is the Groundwater Hardness for the USA?

Groundwater is water that flows underground, through aquifers, and is pulled up through wells. 85% of the United States uses hard water (10-14 grains per gallon and, in some areas, even 15+ grains per gallon). Most of it comes from the aquifers that eroded in time.

What Is the Good Water Hardness for Drinking Water?

Water industries specify that hardness for drinking water should not go over 7-10 Gpg (grains per gallon). Hard water will not do immediate damage, but over time, it may cause problems for those with high blood pressure.

Yes, it is considered that 50 ppm water is slightly hard for a variety of reasons. At this point, it is beginning to gather calcium and magnesium sediments, which harden the water. It is at the threshold between soft water (10-50 ppm) and hard water (50-100 ppm).

What Is Water Testing?

Water testing is the procedure used to analyze the quality of the water. Water testing is essential to ensure the water meets safety requirements for drinking and usage. People should learn how to test the water, as water quality may change over time. Regular water testing will determine whether a water filter is required or not.
Hard water affects the majority of the population in the United States. Residents should regularly conduct tests, to determine whether they need water filters or softeners.