Fluorine is a natural trace element that does not occur in its elemental form because it is highly reactive, thus, it is a flammable, irritating, and toxic halogen gas. Fluorine is one of the most powerful oxidizing agents. Fluorine therefore only exists in a reduced form in nature as fluoride in a number of minerals like fluorspar, cryolite, or fluorapatite. The chemical formula for fluoride is F– with a -1 electrical charge.  Fluoride is classified as the simplest inorganic monatomic anion of fluorine. Fluoride is considered a trace element.

Fluoride is mainly used as an additive to public drinking water in a process called municipal water fluoridation to reduce tooth decay. Fluoride compounds are widely used in industrial applications including the aluminum and fiberglass industries. Fluoride compounds are also used in the manufacturing of fertilizers, bricks, and ceramics.

The main health issues due to fluoride are in the bone and dental skeletal systems. One of the health effects of elevated fluoride levels includes skeletal fluorosis which is a bone disease caused by an excessive accumulation of fluoride in the human bones that is characterized by extreme density and hardness, resulting in weakened or fragile bones. As the bones become hardened and less elastic, this increases the risk of fractures. Overall, as a result of bones thickening and an increase in bone density, this can lead to impaired joint mobility.

Excessive exposure to high levels of fluoride in drinking water especially in children can cause dental fluorosis, although this can also be experienced in adults. Dental fluorosis is a dental condition that is characterized by whitish, yellowish to brownish discoloration of teeth, tooth surface irregularities, and pits on teeth that are very noticeable. On the other hand, low concentrations of fluoride of up to 0.7 mg/l are beneficial from a dental perspective because they provide protection against dental caries or cavities, especially in children.

Recent medical studies have linked excessive exposure to fluoride in pregnant women to poorer cognitive outcomes and lower Intelligent Quotient (IQ) scores of the children after birth. Furthermore, fluoride was identified as one of the 10 industrial chemicals that could be hazardous to child development. This tallies with the Recommended Dietary Allowances (RDAs) and Estimated Average Requirements (EARs) as set by the United States Food and Nutrition Board of the National Institutes of Health. The RDAs and EARs recommend lower fluoride intake in infants and children as well as restrictive levels in pregnant and lactating ladies.

Why does fluoride get into tap water?

Fluoride can get into tap water through a process called municipal water fluoridation. Municipal water fluoridation is when fluoride salt is added to public drinking water to a level recommended for reducing tooth decay, normally at a dosage not exceeding 1 mg/liter. This is achieved at a municipal treatment level by injecting or introducing hydrofluosilicic acid, sodium silicofluoride, or sodium fluoride into the municipally treated water before delivery to water users. According to the United States Department of Health and Human Services, an optimum level of 0.7 mg/l is needed to balance the supply of fluoride on one hand to reduce tooth decay, and on the other hand to prevent dental fluorosis.

The practice of municipal water fluoridation has a number of benefits. Although there are other ways of supplying fluoride like toothpaste and dietary supplements, municipal water fluoridation has been found to be the most cost-effective way of supplying fluoride to all people supplied by that community water supply system thus reducing tooth decay by about 25% in children and adults.

The supply of fluoride via water fluoridation also reduces tooth cavities or the severity of cavities, reduces the need for tooth fillings and extractions, and minimizes the pain of tooth decay.  Overall, municipal water fluoridation can save millions of dollars to families and the health systems of any given country.

What are the sources of fluoride?

The concentration of fluoride in tap water is normally regulated at the point of public water treatment before distribution and can be different from the ambient fluoride levels in untreated groundwater or surface water. The upper limit for the Guidelines for Drinking Water Quality (GDWQ) according to the World Health Organisation (WHO) is 1.5 mg/l.  If the background fluoride concentration in untreated water is lower than the GDWQ, the water authority can consider practicing water fluoridation to boost the fluoride level in the drinking water so as to prevent or minimize tooth decay. If the background water quality for fluoride is higher than the GDWQ, the public water authority can consider reducing the concentration of fluoride through any of the water treatment processes to prevent dental or skeletal fluorosis.

What is the chemical structure of fluoride? 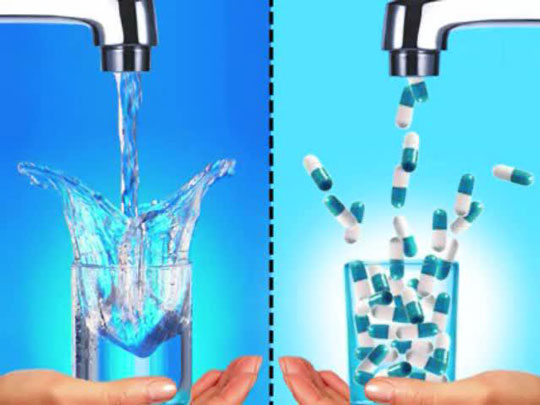 Fluoride is a compound or ion of the element Fluorine that has an atomic number of 10. Fluoride, therefore, exists in a reduced state. The chemical formula of fluoride is F– with a -1 electrical charge.  Fluoride is classified as the simplest inorganic monatomic anion of fluorine. Fluoride is considered a trace element.

Does fluoride dissolve in water?

What are the anions of fluoride?

An anion is a negatively charged ion or atom with more electrons than protons such that they have gained one or more electrons. Anions are the ions that get attracted to the anode (negative electrode) during electrolysis.

Fluoride is an anion (F–) with an electrical charge of -1. The fluoride ion comes into being when a fluoride atom that is neutral and has an atomic number of 9 gains an electron resulting in an ion with a net negative charge. Fluoride is important as an anion because it is very stable and relatively unreactive compared to before reduction when it is fluorine.

What is the standard molar entropy of fluoride?

What is the Gmelin reference to fluoride?

What are the use cases of fluoride?

Fluoride has a number of uses as discussed below:

Cavity prevention refers to the avoidance of the formation of caries or holes in a person’s teeth. These holes are called cavities and are caused by the presence of acids in plaque from foodstuffs or sweet beverages that cause the demineralization of teeth. Demineralization is the loss of minerals from the teeth’ enamel.

Fluoride is important because it minimizes or reverses the cavity formation and subsequently reduces tooth decay through the process of remineralization (the deposition or addition of fluoride onto the tooth’s enamel) and the following mechanisms. Fluoride prevents tooth decay by changing the structure of the developing enamel in children with milk teeth (under the age of 7 years), providing a conducive atmosphere where better quality enamel that is more resistant to acid attacks is formed and reducing the ability of bacteria in plaque to produce acid.

Fluoride salts are widely used in biological analysis processing to inhibit the activity of phosphatases, such as serine or threonine phosphatases. Fluoride is important because it stimulates the nucleophilic hydroxide ion in these enzymes’ active sites.

A Fluoride-Ion Battery (FIB) is a newly developed battery that is able to generate electricity through the transportation of fluoride ions from one electrode to another via an electrolyte that conducts fluoride ions. The FIB is rechargeable and is effective in combating greenhouse gas emissions. Fluoride ions play a vital role in generating electricity because it is one of the most stable anions that are highly mobile.

What is the difference between naked fluoride?

Naked fluorides like Tetra-n-butylammonium fluoride (TBAF) are commercially available as a white solid trihydrate and as a solution in tetrahydrofuran. TBAF is used as a source of fluoride ions in organic solvents and specifically as a phase transfer catalyst and as a mild base.

What are the dietary recommendations for fluoride?

The dietary recommendations for fluoride intake in human beings generally increase with an individual’s age from infancy to adulthood. Results from studies conducted by the United States National Institutes of Health show that the daily adequate intake of fluoride ranges between 0.01 mg in infants (from birth to 6 months) to 4 mg and 3 mg for male and female adults respectively aged 19 years and above. The adequate intake rates indicate what is adequate for daily fluoride needs from all sources like food, water, and nutrient supplements.

What is the prominence of fluoride for dental health?

Fluoride is vital in the protection of teeth because it minimizes cavity formation and also reduces tooth decay through the process of remineralization.  Remineralization is the deposition or addition of fluoride onto the tooth’s enamel thus the teeth become more resistant to acid attacks that are formed through bacterial plaque and sweet beverages.

Scientific studies have revealed that about 0.7 mg/l of fluoride in water is good enough to prevent tooth decay. However, the WHO GDWQ prescribes a limit of 1.5 mg/l of fluoride in drinking water. In the US, the EPA has set an enforceable Maximum Contaminant Level (MCL) for fluoride at 4 mg/l and an unenforceable Secondary Maximum Contaminant Level (SMCL) was set at 2 mg/l to guard against aesthetic or cosmetic dangers of fluoride. Levels above 4 mg/l are categorized as hazardous. Where other significant sources of fluoride are available like in food, it becomes necessary to reduce the intake of fluoride in drinking water so as to prevent overexposure to the mineral.

When is fluoride critical to consume?

Fluoride can be consumed under a number of situations:

How does fluoride affect tooth decay?

Fluoride can affect teeth in 2 ways, namely through preventing tooth decay or it can cause dental fluorosis. At low levels of fluoride in water (up to 0.7 mg/l), fluoride is able to prevent tooth decay through changing the structure of the developing enamel in children with milk teeth, remineralization that strengthens teeth enamel such that the teeth are able to withstand the acid attacks from plaque and sweet foodstuffs and beverages.

However, overexposure to fluoride in drinking water results in a side effect is a condition called dental fluorosis. This is a condition that is characterized by whitish, yellowish to brownish discoloration of teeth, tooth surface irregularities, and pits on teeth that are very noticeable.

What is the daily fluoride intake?

However, the daily tolerable fluoride rates are higher than the adequate intake rates because the tolerable rates indicate how much a body can tolerate before fluoride becomes hazardous.

How to measure the fluoride within the water? 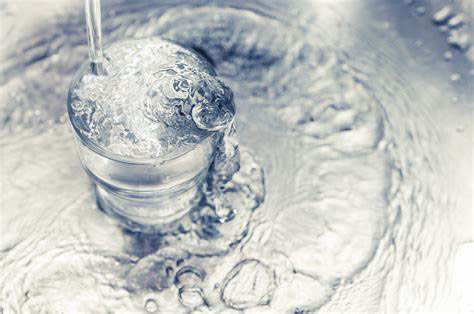 How to know whether tap water contains fluoride?

Due to the fact that public or municipal water supply systems regularly test their water quality in order to comply with the applicable water quality guidelines like the WHO DWQG and the USEPA guidelines, such authorities normally keep those records and can avail them to different stakeholders including the public. As a starting point, one can check with the water authority or municipality about whether the treated water being distributed has fluoride and at what levels.

The best strategy to test for fluoride in tap water is to use home water testing kits. This is because municipal water supply systems regularly test their water quality in order to comply with the applicable water quality guidelines like the WHO DWQG, USEPA guidelines. One can buy a home water test kit that can test for fluoride like test strips or alternatively color disks that are quite accurate. Home water testing kits are cheap to buy and provide rapid results that come out in a few minutes.

How to know whether the toothpaste contains fluoride?

A number of water filters are effective in the removal of fluoride from water as discussed below:

Is fluoride a water pollutant?

Yes, fluoride is regarded as a water pollutant. The USEPA has set an enforceable Maximum Contaminant Level (MCL) of 4 mg / l for fluoride. Above this concentration, the consumption of water with fluoride is deemed to be hazardous to human health. Additionally, levels above the MCL are considered as causing water pollution.