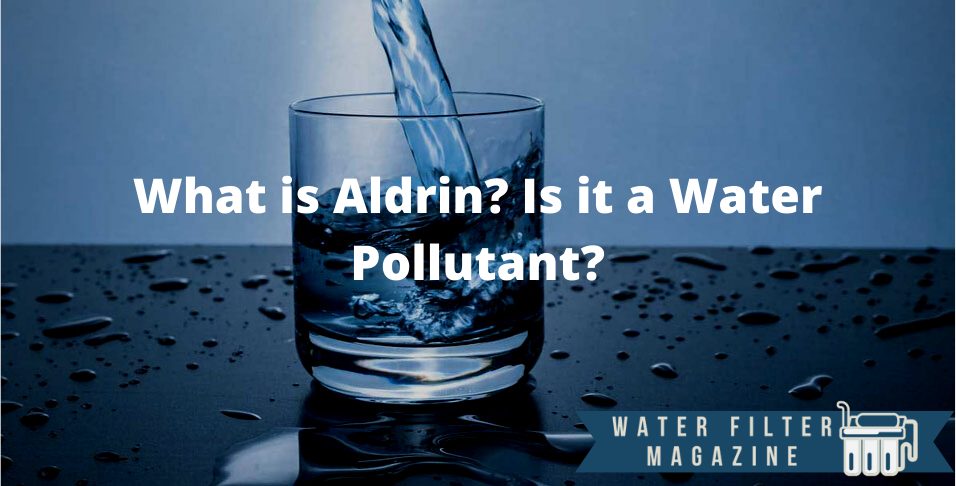 Aldrin is a chlorinated pesticide used against soil-dwelling pests and for wood protection. Aldrin is readily converted to Dieldrin (another chlorinated pesticide) in the environment and the body. Aldrin and Dieldrin, both manufactured since 1950, were used throughout the world until the early 1970s when they were banned in most countries. In the USA, the U.S. Environmental Protection Agency (EPA) banned all uses of Aldrin and Dieldrin in 1974 (except to control termites). The EPA banned all applications in 1987. However, Aldrin production and use continued in some countries.

Aldrin is a water pollutant. The acceptable daily intake (ADI) is defined as the maximum amount of a chemical to which a person can be exposed daily over an extended time without suffering a harmful effect. The ADI for Aldrin is 0-0.0001 mg/kg (0-0.1 μg/kg) of body weight.

Contents show
What is Aldrin Used for?
How does Aldrin contaminate water?
What is the most convenient water filtration system for filtering Aldrin?
Is it safe to have Aldrin in drinking water?
What are the effects of Aldrin when consumed in drinking water?
Is Aldrin more toxic than the other Water Contaminants?
Does Well Water contain Aldrin?

What is Aldrin Used for?

Aldrin is very effective as a soil pesticide and has been used to treat seeds. Aldrin controls termites, corn rootworms, seed corn beetles, seed corn maggots, wireworms, rice water weevil, grasshoppers, and Japanese beetles. In addition, Aldrin is useful for the protection of wooden structures in buildings from termites.

What are the Characteristics of Aldrin?

Aldrin is an organochlorine pesticide widely used in the United States until 1974 when the EPA banned it for most purposes. Aldrin (and its oxidation product Dieldrin), are persistent pollutants because they degrade very slowly in the environment. Aldrin is slightly soluble in water but very soluble in organic solvents and fats. Some identifiers of Aldrin are CAS Number 309-00-2 (Chemical Abstracts Service), ChemSpider 10292747 (Royal Society of Chemistry), and PubChem CID 2087 (National Center for Biotechnology Information). In these databases, additional information may be found.

How does Aldrin contaminate water? 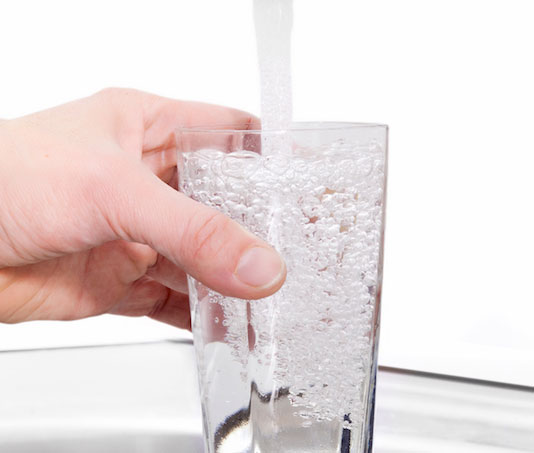 Aldrin (and its reaction product, Dieldrin) contaminate groundwater primarily by runoff from agricultural fields and urban areas where they are applied. Also, Aldrin contamination may occur on soil from the atmosphere by precipitation and dry deposition, from there reaching groundwater.

What is the most convenient water filtration system for filtering Aldrin?

Can every water filter system clean the Aldrin from water?

Yes, various types of water filters can clean Aldrin (and Dieldrin) with high levels of success. Reported efficiencies of different water filtration systems against Aldrin are given below.

Is Aldrin toxic for humans?

Yes, Aldrin is toxic for humans. Aldrin intoxication may include headache, dizziness, nausea, general malaise, and vomiting, followed by muscle twitching, myoclonic jerks, and convulsions. Aldrin is also toxic for mammals and highly toxic for fish.

What is the toxicity level of Aldrin?

The acceptable daily intake (ADI) is defined as the maximum amount of a chemical to which a person can be exposed daily over an extended time without suffering a harmful effect. From 1966 onwards, the JMPR (FAO/WHO Joint Meeting on Pesticide Residues) established an ADI of 0-0.0001 mg/kg (0-0.1 μg/kg) of body weight (combined total for Aldrin + Dieldrin). The toxic levels of concern for Aldrin are 0-0.0001 mg/kg (0-0.1 μg/kg) of body weight, daily.

Is it safe to have Aldrin in drinking water?

No, Aldrin is not safe to consume in drinking water. Estimates for the lowest human lethal dose of Aldrin range between 1.25 and 10 mg/kg. WHO recommends the concentration of Aldrin in water be less than 0.03 mg/L.

What are the effects of Aldrin when consumed in drinking water? 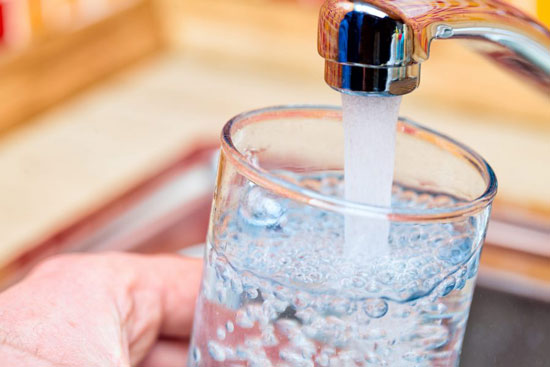 The effects of Aldrin when consumed in excessive amounts may involve headache, dizziness, hyperirritability, malaise, nausea and vomiting, anorexia, muscle twitching, and myoclonic jerking prior to the development of seizures. Renal dysfunction followed acute ingestion of aldrin. This resulted in elevated blood urea nitrogen, gross hematuria, and albuminuria. However, for a group of workers subjected to long-term exposure to Aldrin, central nervous system symptoms subsided within a few weeks when  Aldrin exposure was stopped.

What is the possible health risk of Aldrin?

Is Aldrin more toxic than the other Water Contaminants?

Yes, Aldrin is more toxic than many common water contaminants. Unlike Chlorine, Chloride, and Fluoride, which are beneficial in certain concentrations (but toxic at high concentrations), Aldrin is not beneficial for human consumption. Also, the Acceptable Daily Intake (ADI) for Aldrin is lower than for Arsenic, Chromium, or Lead, which are toxic substances included in the contaminant candidate list.

Yes, well water may contain Aldrin (and/or Dieldrin), because Aldrin is converted to Dieldrin in the environment, and both are persistent. If the presence of Aldrin or Dieldrin is suspected, the concentration should be checked by a certified laboratory.

However, from State and regional studies and the EPA Databases, it was found that the occurrence of Aldrin or Dieldrin in drinking water at frequencies or concentrations significant for public health concerns is low. Also, according to a recent EPA report, Aldrin and Dieldrin were found in very few wells and in low concentrations.