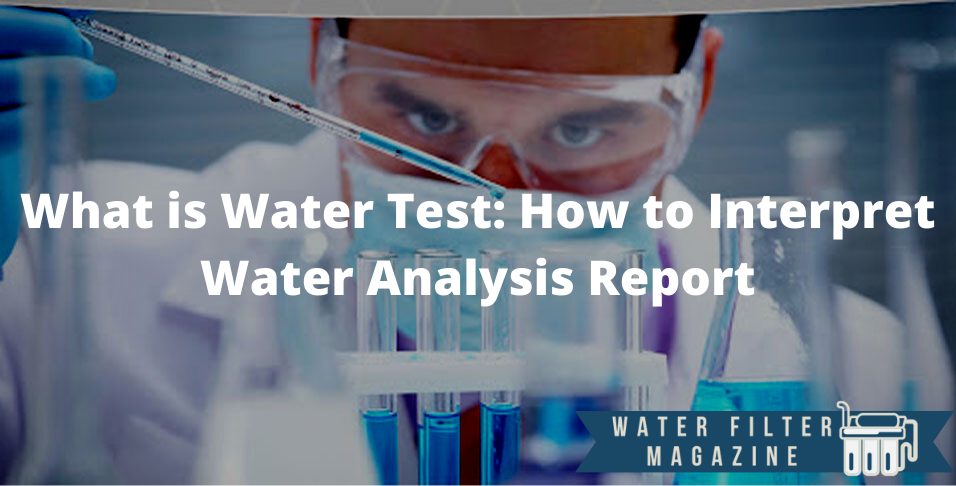 A water test is a set of procedures to determine the quality of water. Several parameters assess water quality for drinking water, groundwater, wastewater, surface water, and others.

Water tests are necessary to guarantee that water is fit for its intended application. For example, drinking water should be free from contaminants that may pose a risk to health or affect the taste or odor. Groundwater and surface water are also tested for contaminants. The main benefit of frequent water testing is to identify unsafe water and ensure that the treatment system is adequate. EPA regulates microbial, organic, and inorganic contaminants in the water.

What is the purpose of water testing?

The purpose of water testing is to meet the regulatory requirements. Pollutant-free water is needed to guarantee the health, economic development, and general well-being of people. Groundwater and surface water are used to provide drinking water, so they are tested before and after treatment. Surface water is also tested when used for recreational purposes.

The first scientific water tests in the United States were done around the 1880s when bacteria testing started. In 1867, the albuminoid ammonia test was developed as a means of detecting contamination. A chloride test was applied to river waters in Massachusetts in the 1890s for the detection of contamination.

What are the features of a water test? 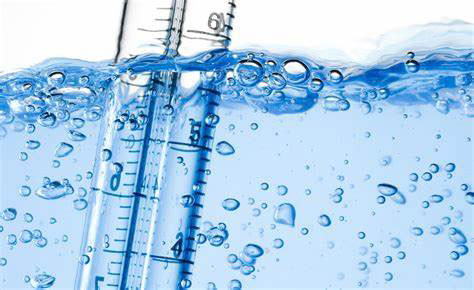 Water quality parameters may be classified as physical, chemical, and biological. The features of a water test are listed below:

Physical parameters of a water test:

Chemical parameters of a water test:

The Corrosivity index is a measure of the tendency of lime (calcium carbonate) to precipitate. It is calculated from pH, alkalinity, calcium hardness, and conductivity.

Biological parameters of a water test:

Which technologies are used for water testing?

The technologies used for water testing are several. Portable technologies water tests for chemicals include test strips that change color to show the concentration of contaminants, color disks, and hand-held digital meters. Test strips use reagents that change color to show the concentration of individual contaminants. This kind of test kit for home use will check a limited number of contaminants like arsenic, coliform bacteria, E. coli itself, lead, nitrate, and nitrite. Color disk kits use color reagents (like the test strips) and can test a more comprehensive range of chemicals. Hand-held digital meters are portable and are used to test different chemicals. They use various technologies, including optical and electrochemistry.

What are the stages of water testing?

The stages of water testing are listed below:

How long does a water test take?

Based on the type of the test, a water test may take minutes to days. For example, a coliform test may take 24-48 hr. The kits for do-it-yourself drinking water tests use color tests and portable digital meters. They detect properties like alkalinity, hardness, pH, total chlorine, free chlorine, nitrate, nitrite, sulfate, copper, iron, lead, and zinc. Color tests and portable digital meters used for water testing take a few minutes to give results. Water testing laboratories use more precise technologies for determining water quality and concentrations of other inorganics and organics in water but may take a few days to return the results.

How to Interpret a Water Test Result? 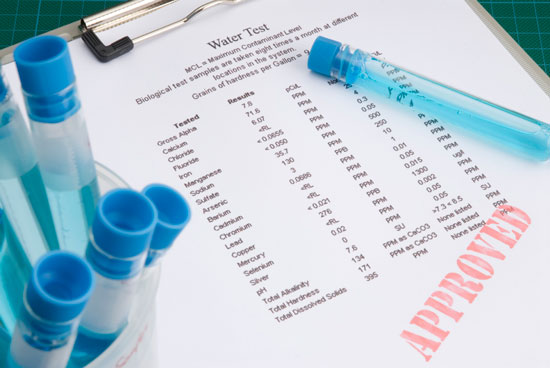 What are the common mistakes while interpreting a water test?

The following is a list of common errors committed concerning water tests:

What is the sample report for water testing?

Which health parameters are used in water testing reports?

What are the General Water Quality Indicators?

The contaminants that affect the water test results the most are listed below:

There is also the Drinking Water Contaminant Candidate List (CCL).CCL is a list of contaminants that are found or anticipated to appear in public water systems while not subject to EPA regulations. The CCL is the first step in evaluating contaminants that may be included in the list of regulated pollutants later.

What is the relation between Home Water Testing Fact Sheet and Water Analysis?

Which Institutions are authorized for water testing?

County Health Departments are authorized to collect and evaluate water samples. Also, laboratories are certified by each State to do water testing. For example, in New Jersey, the Department of Environmental Protection certifies the analytical capabilities of approximately 700 laboratories.

Are water filters produced based on water test results?

Yes, water filters are produced based on water test results since water test results indicate an adequate water filter type. Some examples of such water filters include activated carbon filters that remove organic-based contaminants and some inorganic contaminants like free chlorine and monochloramine from the water. However, activated carbon filters will not remove microbial pollutants such as bacteria and viruses, nor ions like calcium, magnesium, fluoride, or nitrate. Ceramic filters remove bacteria, protozoa, and microbial cysts, but not chemicals or viruses. Reverse osmosis water filters effectively remove ions, but not most organic compounds, bacteria, or dissolved gasses. RO removes beneficial ions together with non-beneficial ions.

Is reverse osmosis better than water softeners for water quality?

Reverse osmosis eliminates a higher range of contaminants than water softeners. However, if the problem is just hardness, water softeners are preferable when compared to reverse osmosis. Water softeners use ion exchange polymers that replace magnesium and calcium (the ions that cause hardness) with sodium. Once exhausted, the sodium ions need to be replaced in the polymer (regeneration). Reverse osmosis is a process that filters water through a membrane under pressure. As a result, contaminants (including those that cause hardness) do not pass through the membrane. Reverse Osmosis vs. Water Softener