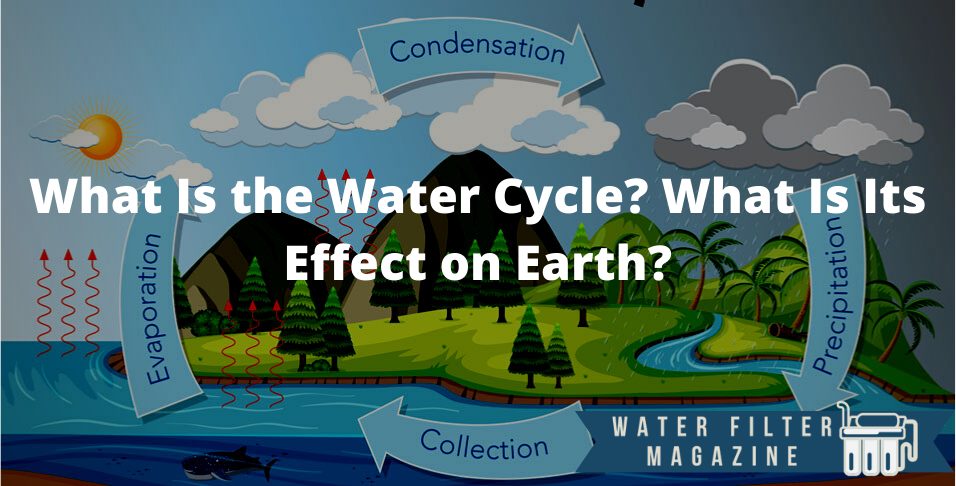 The water cycle is the process of water evaporating from the earth and going into the atmosphere. From that point, the evaporated water will cool and condense, turning into rain (or snow) in the clouds. The condensed water will fall back on earth. Water is important to sustain human life, keeping the climate in balance.

What Is the Definition of a Water Cycle? 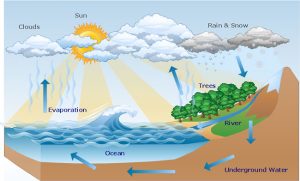 The water cycle is the process in which water is continuously moved from the earth into the atmosphere and then right back. This complex system of water cycle involves multiple processes that allow the water to transform. The water evaporates into vapors, condenses to form clouds, and returns to earth in the form of precipitation.

The water cycle is important because it suggests continuous movement in the earth, delivering the water to all areas that need moisture and precipitation. The water cycle protects the planet as the water is used and reused naturally.

Multiple situations may threaten the water cycle. The main threat is climate change, as it speeds up the evaporation process. Other human activities that may have an impact on the water cycle include damming rivers, burning fossil fuel, deforestation, and using water on farms.

What Is the Process of the Water Cycle?

The process of the water cycle involves the following necessary conditions:

Each stage of the cycle will have its own characteristics.

The first stage of the water cycle process is evaporation. During evaporation, the water from the surface is turned into water vapors (gas) as a result of heat absorption. The types of water that are subjected to evaporation are lake water and ocean water, but other sources of water can be evaporated as well.

After the water evaporates, it goes into the atmosphere as a gas. At that altitude, the temperature drops significantly and the small water particles will solidify into ice. This process is referred to as condensation, and as those particles come close to each other, they will create fog and clouds.

Just like evaporation, the sublimation process also turns droplets into vapors. The ice is directly turned into vapors, without going through a liquid stage. The process is typically slower when compared to regular evaporation, but it accelerates when pressure is high or temperatures are low.

The condensed water vapors (i.e., the clouds) will begin to fall back towards the earth, as a result of temperature changes or wind. During this process, the water droplets will all come together and make a bigger one. When the air is unable to hold the water anymore, it allows it to fall as precipitation. If the temperature is higher than 0 degrees Celsius, it falls as water. If it’s lower, it falls as snow.

Once precipitation occurs and the droplets get to the ground, some of the water will be absorbed into the ground. This is where the transpiration process starts. The transpiration process is similar to evaporation, as the plants will turn the water into vapors. The water will then be absorbed into the plant for photosynthesis, being released back into the atmosphere as a gas through the stomata of the plant.

The water that is not absorbed will go through a runoff process, where the water runs off the earth’s surface. Usually, when the snow melts and it turns into water, the result is a runoff. Soil is displaced and minerals are carried away along with the water. Depending on the circumstances, the runoff may combine to form a river or a channel, which will eventually flow into a lake, sea, or ocean.

The water that does not grow through the runoff stage is absorbed into the ground, to later be absorbed by plants or evaporated. This process is referred to as infiltration. The water is further absorbed, increasing the level of groundwater and entering aquifers. Water remains in the atmosphere for an average of seven to nine days during this cycle, depending on various factors (i.e., the state of the atmosphere, the wind, the temperature, etc.). Once it infiltrates the water in the ground, the water may remain there from 200 to 10,000 years, depending on how deep underground it is.

What Is the Importance of a Water Cycle?

The water cycle is important because it directs water where it needs to go: to plants, to animals, and to humans. The water cycle allows people to have fresh water at all times, as the water recycles itself continuously. If there was no water cycle, living beings would eventually run out of fresh water to drink.

What Are the Effects of the Water Cycle on Earth?

The effects of the water cycle on Earth are as follows:

Why Is Rain So Important?

Rainfall is critical for the survival of both plants and animals because rain starts the cycle of life on earth, which is essential for everyone’s wellbeing: plant, animal, or human. Rainfall brings the freshwater up on the surface of the earth, nourishing every living being. Without rain, there will be a water scarcity that causes unpleasant situations such as drought. If there is too much rain, especially after a drought, it can lead to flooding because the ground will be too dry for the water to immediately infiltrate.

Is the Rain That Falls During the Water Cycle Drinkable? 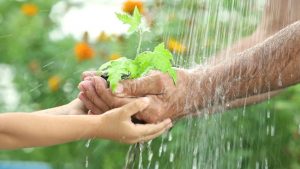 Yes, in most cases, rain that falls during the water cycle is safe to drink. In certain areas, it may be even cleaner as compared to the municipal water supply. Many communities throughout the world rely on rainwater to get clear, drinkable water.

There are certain circumstances in which rainwater may not be safe to drink – at least not without filtering it. If it rains in a remote area that is relatively clean, the water should be safe enough to drink. But in other areas, it may contain contaminants such as viruses, parasites, bacteria, or even heavy metals. This usually depends on the pollution levels of that particular area. In heavily polluted areas, the water cycle processes and treats the water to some extent, but it can’t do it completely.

Rainwater is also slightly more alkaline as compared to tap water. Featuring a pH level around 5.0 and 5.5, long-term drinking of rainwater may create a blood pH imbalance. There are not many concerns in that matter, as the same imbalance may as well be a result of air pollution.

Experts recommend that rainwater should only be used when washing clothes, gardening, or taking a bath. Rainwater may also be made drinkable using a water filtration and treatment system.

What Are the Steps in the Water Cycle Treatment Process?

Before rainwater is consumed, it usually undergoes several treatment steps. This happens when the rainwater goes through filtering plants to enter the municipal pipelines. The following processes will transform the water into different drinkable water types:

Treatment plants typically collect the water from a lake, river, or reservoir. The water is collected all in one place so that it may be treated. Usually, the water is transported into the collection point through a series of pipelines and large pumps. This is necessary, as it allows the facility to collect larger amounts of water.

After the water has been screened and strained, a series of chemicals will be added to the water. But what are the chemicals in the water? These chemicals are called coagulants. They will encourage the floating particles to clump together and form a bigger, gelatinous compound often referred to as “floc.” Since this manner of precipitate is not soluble, it becomes much easier to filter it out.

Coagulation and flocculation is the process of mixing the water with the chemicals for floc to form. The water is thoroughly mixed, after which the process is slowed down. This gives time for the floc to form and to increase in size. Later in this stage, the mixing has to be gentle to allow fast floc formation. At the same time, it needs sufficient speed to keep the material suspended until it reaches the next stage.

Sedimentation is the process where the floc falls to the water supply bottom. This is a direct result of its increased weight during the coagulation and flocculation process. The sediments are pulled towards a clarifier, and a pump is used to pull out the “sludge” that has settled. This step is important, as it avoids overloading the water filters – and therefore, allows for more water to be treated efficiently.

With the water effectively treated, it will now pass through a filter. How does a water filter work, and what is filtration? Filtration is the process of removing contaminants that were missed during the sedimentation and clarification stage. The water is pulled down using gravity, taking it through filters that will remove organic and inorganic compounds from the water.

Disinfection is the process where other contaminants that were missed by the filter are removed from the water. This includes contaminants such as viruses, bacteria, and many more. This step is important, as the previous filtration processes cannot usually catch smaller harmful compounds. The method used to disinfect the water is chlorination, where a sufficient amount of chlorine is added to the water. The purpose is to destroy the contaminants while allowing the water to be drinkable.

Storage comes right after disinfection, and it is the process of keeping (i.e., storing) the water for later use. The water is delivered into an underground tank designed for storage. This tank is referred to as a “clear well.” Depending on the case, elevated tanks may also be used to store the filtered water before it is subject to the last stage.

Distribution is the process where the treated water is taken from storage and pushed through connected pipelines. The water will enter a “distribution system” at that point, which will deliver the water to every household of the city.

Is It Necessary to Treat Rainwater?

There are multiple ways to treat rainwater, but two options are usually the most common: sterilization and filtration through UV light and chlorine. Filtration is a necessary step, as it captures the larger particles such as dust or debris. UV light is used to remove the smaller contaminants. Chlorine is generally recommended if the rainwater has an odor or is slightly colored. It will remove smaller contaminants such as bacteria or viruses.

What Are the Filtration Systems to Treat Rainwater?

The water filtration systems used to treat rainwater are: