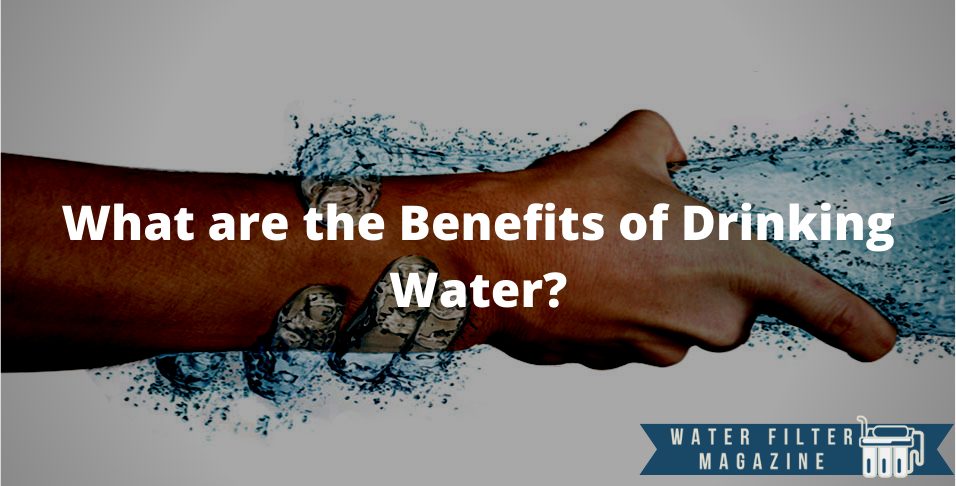 The main task of water in a human’s body is maintaining bodily functions. The main benefits of drinking water are keeping the body hydrated, moisturizing the skin, facilitating bowel movements, and giving energy. In case of water deficiency, the human body faces significant consequences such as physical weakness, low blood pressure, dizziness, irregular excretion of bodily fluids and waste, as well as visual and psychological confusion and irregularities.

Contents show
Water Supplies Your Cells with Nutrients and Oxygen
Bacteria in Your Bladder are Flushed Out by Water
Digestion is Aided by Water
Constipation Can Be Avoided By Drinking Enough Water
Water Helps Keep Blood Pressure in Check
The Heartbeat is Stabilized by Water
Organs and Tissues are Protected by Water
The Body’s Temperature Is Regulated By Water
The Electrolyte Equilibrium is Maintained by Water
What’s The Healthiest Way to Drink Water?
How Should Water Be Purified to Drink It in a Healthy Way?
What are the Benefits of Water Softener?

Water Supplies Your Cells with Nutrients and Oxygen

Water supplies cells in the human body with the necessary nutrients and oxygen so that the cells can continue to produce the much-required energy for the body.

Bacteria in Your Bladder are Flushed Out by Water

Water also flushes out harmful bacteria in a human bladder as dehydrated bladders are perfect environments for the accumulation of bacteria.

Digestion is Aided by Water

Human digestion is aided by water as water provides the necessary moist environment for food to be properly digested in a person’s stomach since water breaks down numerous compounds with ease.

Constipation Can Be Avoided By Drinking Enough Water

Drinking adequate amounts of water also help one avoid constipation because constipation is a direct result of dehydration in the colon. Drinking the right amount of water leads to less water being withdrawn from the colon, in turn, allowing easy passage for waste.

Water helps keep blood pressure in check by increasing nervous system activity and constricting blood vessels to prevent the pooling of blood in the human body.

The Heartbeat is Stabilized by Water

A human’s heartbeat is also stabilized by drinking proper amounts of water because dehydration causes strain in one’s heart, leading to lower volumes of blood to be circulated in one’s body. As a result, the heart beats faster and creates palpitations. Also, a dehydrated bloodstream has high sodium content and thus finds great difficulty circulating, which can be prevented with drinking adequate amounts of water.

Organs and Tissues are Protected by Water

Water protects organs and tissues by providing the necessary moisture for them to retain both their physical state of being and functionality.

The Body’s Temperature Is Regulated By Water

The human body has an optimal range of temperature to properly operate and water plays an important role as a thermo-regulator to help dissipate heat by the evaporation of sweat, which is basically disposed bodily of water.

The Electrolyte Equilibrium is Maintained by Water

Electrolytes play an important role in balancing the acid/base (pH) level in a human body, moving nutrients into cells and moving waste materials out of them. Electrolytes can only properly function if supplied with the right amount of water as dehydration leads to imbalance. 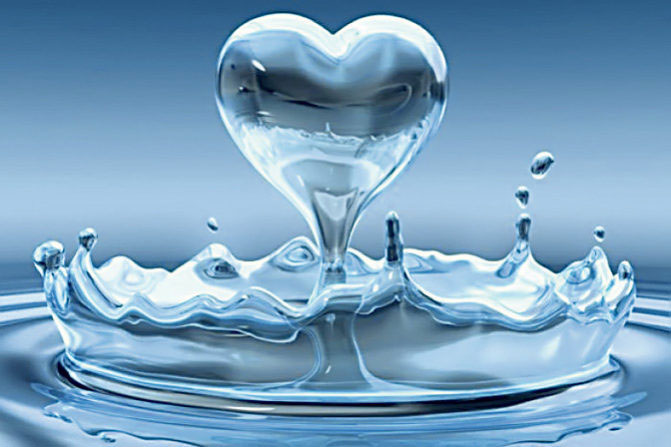 The healthiest way to drink water is while sitting down and in small sips, in quantities of approximately 3.7 liters for men and 2.7 liters for women on a daily basis. Water at room temperature should be preferred as drinking water.
It is also preferable that individuals purify the water that they drink to minimize the levels of various different contaminants in the solution. The maximum amount of harmful bacteria and viruses as well as metals and chemicals such as lead, clay, chlorine, salt, silt, and sand should be removed from drinking water to prevent diseases like cholera, typhoid, and diarrhea. One should also make sure that the water they drink remains within the 6.5-8.5 pH level so that their metabolism can truly digest the given water without losing some of its essential ingredients and components. When decontaminated water with a pH level that falls within the given range is consumed, individuals immediately begin observing positive effects on their health such as healthier skin, improved skull and hair health, weight loss, increased joint and muscle strength, and more efficient food digestion.

Water carries out so many critical functions in human biology that it cannot be considered as anything less than truly essential. Water cleans, maintains, protects, and operates several important components in the human body, and therefore staying hydrated is almost synonymous with staying healthy. In cases of dehydration, the human body begins to show immediate signs of failure and in cases of continued dehydration, the individual suffers permanent and critical damage to their metabolism and body.

How Should Water Be Purified to Drink It in a Healthy Way? 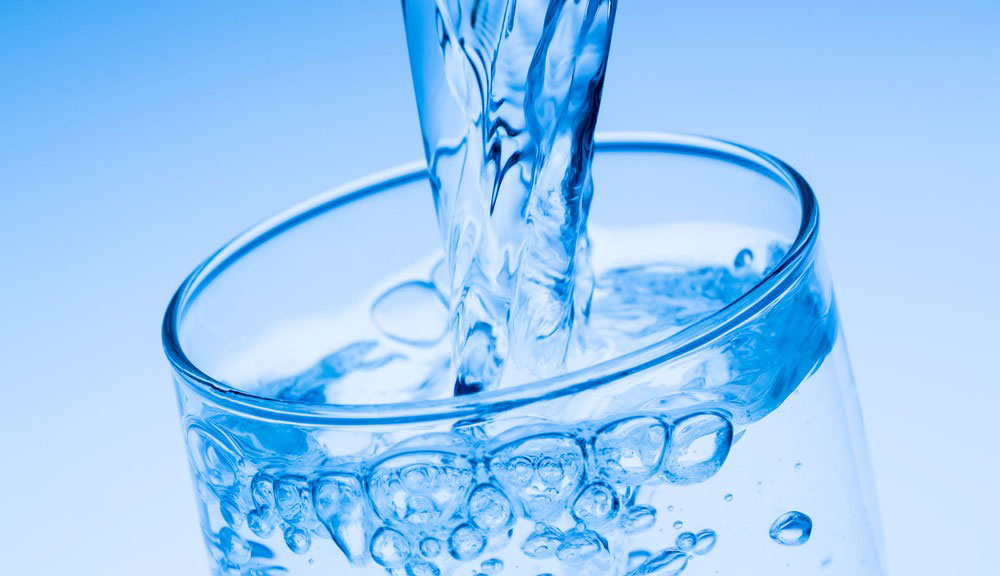 Water can be purified by filtration, sedimentation, distillation, slow sand filtering, biologically active carbon filtering, flocculation, and chlorination while electromagnetic radiation in the form of ultraviolet light has also been used in water purification before. The main function of water purification is to reduce the concentration of particulate matter such as suspended particles, parasites, bacteria, algae, viruses, and fungi to meet governmental and international standards for water quality regarding the minimum and maximum concentrations of contaminants in drinking water. Most water purification plants put contaminated water through a pre-treatment stage where the water is pumped directly from its source to the plant and clean physical infrastructure is used to transport the water to avoid further accidental contamination.

Once water arrives at the plant, it is thoroughly screened to remove large debris such as sticks, leaves, garbage, or any other large particles that might pose a threat to the following purification processes. The resultant semi-filtered/purified water is kept in storage units either within the plant or in natural bankside reservoirs close to rivers to allow natural biological purification to occur using slow sand filters. Then, the water goes through a pH adjustment stage where its pH levels are measured and either increased by adding lime, soda ash, or sodium hydroxide when it is acidic or decreased by adding carbonic, hydrochloric, or sulfuric acid when it is alkaline. Following this step, the water is subjected to the processes of coagulation and flocculation, which refer to the addition of inorganic coagulants, namely aluminum sulfate or iron salts, namely iron chloride, to neutralize the contaminants and the formation of aluminum and iron ions among hydroxide particles to absorb contaminants, respectively.

Dissolved Air Floatation (DAF) is the next step involved in the water purification process to remove the more resilient particles in water, such as large algae colonies, where air diffusers are used to create gas bubbles to attach to the particles and lead them to float to the surface where they are removed either by human labor or by machines. Following DAF, water is filtered to remove the final remaining suspended particles and unsettled floc using rapid sand filters or through a process known as membrane filtration. When using rapid sand filters, water is moved vertically through blocks of sand containing activated carbon or anthracite coal layers in their upper parts to initially remove organic compounds and eventually all types of contaminants as the water moves deeper down into the sandy parts of the given filtration system. In order to repeat the process, the filtration system has to be cleaned using purified/clean water in the opposite direction, while compressed air might also be used to clean the bottom parts of the given system, which is a process that is commonly referred to as air scouring. The Membrane Filtration method is also widely used in filtering both drinking and sewage water to remove all particles larger than 0.2 um as part of a tertiary treatment process that enables the resultant water to be reused with ease.

The final stage in the water purification process is Disinfection, which refers to the act of filtering out harmful microorganisms and adding disinfectant chemicals to kill any pathogens that might have slipped through the filters to reach the storage and distribution systems, such as Salmonella, Cholera, Campylobacter, Shigella, and Protozoa. Chlorine Dioxide Disinfection is applied using an aqueous solution that is added to water to avoid gas handling related problems and although Chlorine Dioxide acts faster than elemental chlorine, it also creates large amounts of chlorite as a byproduct. Ozone Disinfection on the other hand uses the powerful oxidizing effect of Ozone to kill most waterborne organisms and is created on-site by passing oxygen through a source of ultraviolet light or a cold electrical charge and added to the water solution through bubble contact. This method creates far fewer byproducts and produces far fewer taste and odor-related problems when compared to the Chlorine Dioxide Disinfection method. Regardless, the reaction between Ozone and Bromide ions found in water creates large concentrations of bromate, which is a particle that is suspected to be a carcinogen. Thus, in both methods, the resultant water should be tested one final time against the possibility of contamination of chlorite or bromate so that the end-users of the product do not face health hazards.
When all the given processes are completed, the previously contaminated water becomes efficiently purified, making it far less harmful for individuals to consume as drinking water. The mentioned process is an integrated industrial purification system whereas far smaller water purifiers can also be used to apply a similar purification methodology to water in residential or commercial settings, with the progression of flotation, filtering, and disinfection remaining essential to the overall process.

What are the Benefits of Water Softener?

A water softener is a system to remove magnesium and calcium present in the water supply through a process of ion exchange to lessen the hardness of water before being consumed or used for cleaning or storage purposes. The benefits of a water softener include better taste, softer hair, and skin, less scale build-up due to the accumulation of minerals in pipes and fixtures, and fewer stains on the dishes. To understand what is water softener is very important to make the best out of it in this respect.