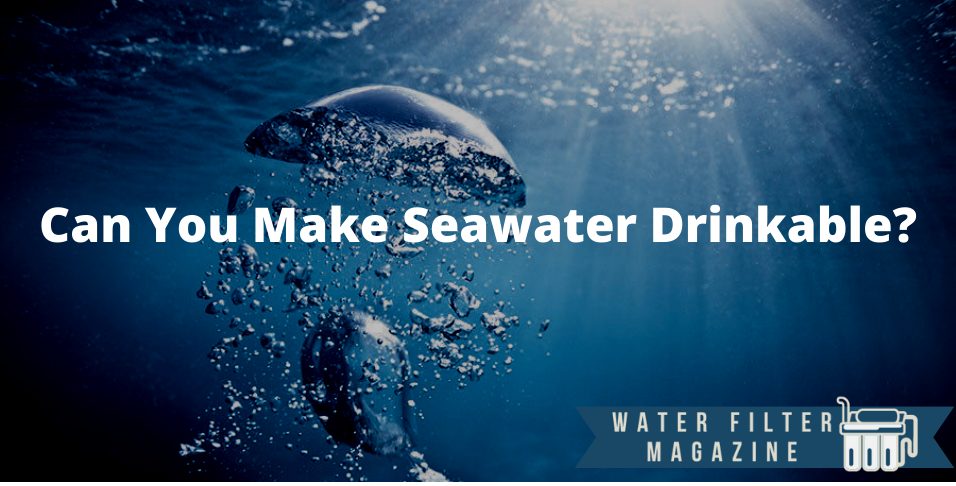 Is Seawater Safe for People to Drink?

What we have been taught in science lessons is that we cannot drink seawater. The reason for this is that it is too salty, which leads to dehydration. So if we are stuck in the middle of the sea and for some reason, we don’t have drinkable water, we will be thirsty even though we are surrounded by water. That’s a pity because 70 % of the globe is covered with water. We shouldn’t panic, though, as there is actually a way of making seawater drinkable.

Why is Seawater Such a Useful Resource for Drinkable Water?

There are a number of reasons why seawater is so attractive to be used for drinking. Below you can read about some of them:

What Types of Processes Can We Apply to Make Seawater Drinkable?

The process through which this becomes possible is called desalination. Simply said, through desalination, remove dissolved minerals from seawater. One of these minerals is salt. We can apply desalination also to wastewater and brackish water. Several techniques lead to desalination. Some of them are distillation, reverse osmosis, vacuum freezing, and electrodialysis.

How to Make Seawater Drinkable at Home?

It is possible to turn saltwater into drinking water in a few ways. Here are some:

Visit our homepage for more product reviews like top-notch laundry detergents for hard water or articles like water softener repair and troubleshooting.